Satan, Brain and The Quran 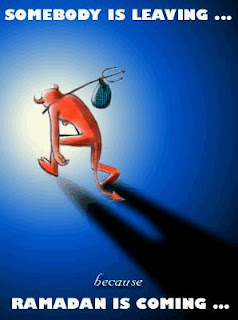 He's leaving....so let talk about him a bit especially how does this creature affect us.
Well, satan affects us with stems from the act of generating emotions by whispering as stated in the Noble Qur’an (113:4), where Allah (God) Almighty tells us that Satan can generate a feeling in the human body such that the feeling is exactly what you are supposed to feel when Satan whispers His ideas in your head. For example when Satan whispers the idea that you should commit adultery with a women; Satan at the same time generates a feeling of happiness in your body to trick you in believing that you are doing something lawful and at the same time your companion devil whispers an idea in your head telling you that: if it feels so good how can it be wrong?.
The question now arises as to how Satan can generate these feelings in the human body. The answer is stated in the same verse in the Noble Qur’an where Allah (God) Almighty tells us that Satan generates these feelings by stimulating certain neural nodes in the human brain. These nodes are stimulated when Satan whispers His ideas of Harm, Lust, and Blasphemy to you, such that when the vibrations generated from Satan’s voice passes through the neural nodes in the human brain which are responsible for generating various feelings in the human body it causes these nodes to be stimulated thereby generating chemicals which go through the body which in turn generate feelings that match the content of the ideas whispered by Satan. These nodes can be found in the human brain, where the brain contains groupings of neurons which form what are called neural nodes 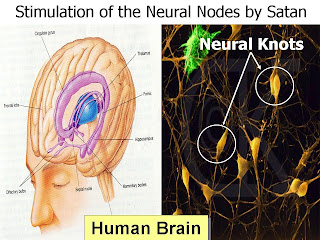 These neural nodes when stimulated can produce feelings of happiness, sadness, thrill, etc. Thus the second way Satan attacks human by is by stimulating neural nodes in the human brain to produce feelings that reinforce the ideas He just whispered to people. It is worth discussing further the reason why Satan generates such feelings by stimulating neural nodes in the human brain. Allah (God) Almighty states in the Noble Qur’an that Satan tries to make you believe His lies.
Thus if Satan only whispered these ideas in your head they will not carry the same weight compared to the case when you hear these ideas and at the same time you feel feelings in your body that reinforce them. This is a way of Satan to make you see a wrong deed as a good one and a good deed as a wrong one. Wallahu A'lam
Posted by Rizal Abu Bakar at 9:37 PM

Salam... that is a great explanation... your points consist of "wow factor"...impulses from my brain make me open my eyes widely and I am very impressed on how u relate the issue...What I can say... you are truly working in line of being Muslim neuropsychologist...