Sujud or Inverted poses - The benefits

Why do Muslims have to place themselves in an inverted position or sujud when performing solah. We might not have the answers. Allah knows best why He has ordained us to do so. But since human beings are equipped with brain, understanding such injunction, sometimes need logical paradigms. Muslims nowadays are wrappped with the belief that everything needs reasons. So, I decided to embark on a journey looking for answers (off course scientific one) and my journey to shed some lights and perhaps answer for some staggering questions regarding the inverted position ends with the following reasons:

Physically:  Muscles- Strengthens neck, shoulders, arms. Relieves tired legs; Inversions do much the same for the body that aerobic exercise does; Inversions use gravity to bring more blood to the heart - turning yourself upside down encourages venous return. The muscular system of the abdomen and legs are toned.


Organs: The entire physical system, under control of the brain, is energized and nourished as the brain is washed clean and flooded with rich new nutrients, Stimulates circulation, digestion, elimination. The abdominal organs: the liver, spleen, stomach, kidneys and pancrea receive a powerful massage helping them to perform their functions more efficiently. Glands: Favorable reconditioning effect on endocrine gland secretion (Copeland, 1975), to enable it to withstand greater stress and strain (Kuvalyananda & Vinekar, 1963). The shoulder stand stimulates the thyroid and parathyroid glands by pressing the chin into the base of the throat. 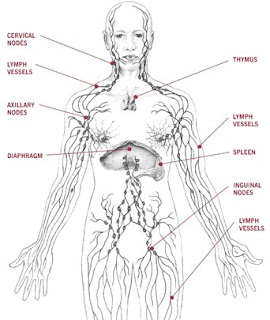 The inversion position also importantly increases circulation and drainage of lymphatic fluid. Fluid build up reduced. Lymph, like the blood returning to your heart via the veins, is dependent upon muscular movement and gravity to facilitate its return. Thus, in the headstand, lymph fluid is relieved from the legs and ankles and with regular practice prevents the buildup of fluid in the legs and feet.

Inverted position stimulates the nervous system. Increases mental alertness and clarity. The immediate change felt after performing this pose is an enhanced alertness which lasts through the day. Soak brain fresh blood. The most important aspect of inverted poses is to soak the brain with blood for a fixed period of time which never happens in other systems of exercises. According to Dr Raman (Raman, 2004):

“This rejuvenates the brain cells and prevents age related cerebral atrophy. Senile changes in brain are prevented. And as mentioned before ischemic strokes can be completely prevented as the blood supply is enhanced without pressure.”

Calms the brain and helps relieve stress and mild depression. It is a centering, calming and soothing pose. A cooling effect is felt on the face in the pose.

Healthier lung issue. Inversions also ensure healthier and more effective lung tissue. During the prostration position, gravity pulls our fluids earthward, and blood "perfuses" or saturates the lower lungs more thoroughly. The lower lung tissue is thus more compressed than the upper lungs. As a result, the air we inhale moves naturally into the open alveoli of the upper lungs. Unless we take a good, deep breath, we do not raise the ration of air to blood in the lower lungs. When we invert, blood perfuses the well-ventilated upper lobes of the lungs, thus ensuring more efficient oxygen-to-blood exchange and healthier lung tissue, oxygen consumption and blood flow (Jevning et al, 1983).

Strengthens the lungs. When done properly, inversion helps the spine become properly aligned, improving posture, facilitating good breathing and reducing muscular stress. The inversion rests the lungs which feel refreshed. The vital capacity increases as the lungs learn to breathe against the strain of the body organs resting on it in the posture (Raman, 2004).

Wallahu A'lam
Posted by Rizal Abu Bakar at 9:19 AM

This is a very good study. When we obey ALlah He, The Creator, will fulfill all our needs even without our knowing. Knowing how He does things, at our level, is surely an added advantage.