Brain Plasticity and Kusyu' in Solah 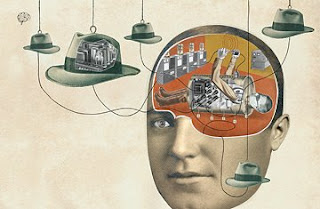 Human beings have always been brash enough to ask questions of why people behave or think the way they are and yet lacked the necessary gifts to answer them. I believe that human behaviors could be easily understood from nature and nurture perspectives. From nurture perspective, we could comprehend human behavior from environmental factors, which are modifiable and changeable. The way people behave and react is the product of his/her interaction with his/her surroundings. A person gets sad because of the significant sad events took place in his/her life. Similarly, another person laughs because something amuses him/her. The magnitude of sadness and laughs depends on the gravity of events.

The other way of understanding human behavior rest within the 1.4 kg lump of wrinkled tissue that serves as the motherboard for all the body’s other systems and this tissue is what we called brain. Previously, we used to an idea that adult human brain is essentially immutable, hardwired, fixed in form and function, so that by the time we reach adulthood we are pretty much stuck with what we have. We also accept the notion that drugs can alter brain’s structure. However, drug is not the only variable that could change our brains’ configuration. Recent study by Harvard University’s neuroscientist Alvaro Pascual-Leone proved otherwise as the brain reorganized itself based on the input it received be it an internal or external one.
Pascual-Leone instructed the volunteers to learn and practice a little five-finger piano exercise. He also directed the members of one group to play as fluidly as they could, trying to keep to the metronome's 60 beats per minute. Every day for five days, the volunteers practiced for two hours. Then they took a test. At the end of each day's practice session, they sat beneath a coil of wire that sent a brief magnetic pulse into the motor cortex of their brain, located in a strip running from the crown of the head toward each ear. The so-called transcranial-magnetic-stimulation (TMS) test allows scientists to infer the function of neurons just beneath the coil. In the piano players, the TMS mapped how much of the motor cortex controlled the finger movements needed for the piano exercise. What the scientists found was that after a week of practice, the stretch of motor cortex devoted to these finger movements took over surrounding areas like dandelions on a suburban lawn.

The finding was in line with a growing number of discoveries at the time showing that greater use of a particular muscle causes the brain to devote more cortical real estate to it. But Pascual-Leone did not stop there. He extended the experiment by having another group of volunteers merely think about practicing the piano exercise. They played the simple piece of music in their head, holding their hands still while imagining how they would move their fingers. Then they too sat beneath the TMS coil.

When the scientists compared the TMS data on the two groups--those who actually tickled the ivories and those who only imagined doing so--they glimpsed a revolutionary idea about the brain: the ability of mere thought to alter the physical structure and function of our gray matter. For what the TMS revealed was that the region of motor cortex that controls the piano-playing fingers also expanded in the brains of volunteers who imagined playing the music--just as it had in those who actually played it.

"Mental practice resulted in a similar reorganization" of the brain, Pascual-Leone later wrote. If his results hold for other forms of movement (and there is no reason to think they don't), then mentally practicing a golf swing or a forward pass or a swimming turn could lead to mastery with less physical practice. Even more profound, the discovery showed that mental training had the power to change the physical structure of the brain.

So, if we want to perfect our Solah and have a really Kusyu’ Solah, for example, we can start practising the solah itself in our mind. Start with the Niyah, follow by the Takbiratul Ihram then up to Tahiyatul Akhir and Salam. Slowly imagine in our mind the behavioural sequencing of this act. Feel it. Understand the meaning of every single Quranic recitation we make. Do it five minutes before each Solah. Only then you perform your real Solah. And only then you can feel the different. Cognitive rehearsal can get rid of your daily hassle stressors from your mind and heart and thus bring in you a different state of mind, a clear mind before Allah the AlMighty. In addition, you combine it with body scanning technique from the Mindfulness Therapy then you might double your chance to be kusyu’ in Solah. Wallahu A'lam
Posted by Rizal Abu Bakar at 10:46 AM