How To Boost Your IQ

Maximising brain power can be as simple as making a few lifestyles tweaks. Below are some top tips:

1. Being Sociable (+ 3 IQ points) – Intelligence is much more than being good at maths and languages. According to the psychologist, Howard Gardner, there are nine types of intelligence ranging from sensitivity to the natural world, to the capacity to think in three dimensions. One of the most significant types is social intelligence – the ability to understand and interact with others. Psychologist cum writer, Daniel Goleman argues that in modern society, outstanding leaders need a combination of self-mastery and social intelligence. He cites that research showing that high social intelligence predicts how well banking executives do in their annual appraisals. In 1999, US researchers studied nearly 3000 elderly people and correlated their mental status with the number of social contacts they had. Those with no social contacts were approximately twice likely to develop cognitive problems compared to those with five or six social contacts.

2. Getting an education (+ 3 IQ points) – The relationship between education and intelligence is two-way street. In both directions, it’s positive. Firstly, children with higher intelligence test scores tend to do better at school – they are less likely to drop out and are more likely to attend university. Secondly, there is increasing evidence that schooling itself has an impact on mental abilities. The most obvious examples of this are tests such as A-Levels, which are designed to measure school learning. But it is also true of intelligence tests themselves. Generally speaking, the more schooling you have the better your IQ score will become. On the other hand, interruptions to school have a detrimental effect. Children who attend school intermittently get lower IQ scores than those who go regularly. Amazingly, test scores even drop over the summer holidays when learning tends to be replaced by fun in the sun.

3. Cohabiting ( + 2 IQ points) – Swedish researchers have found that people who live alone from midlife are almost three times as likely to develop cognitive impairment, including Alzheimer’s disease, compared to those who live with a partner. Researchers started with the idea that remaining socially active can protect cognitive functions. They reasoned that marriage is particularly important as they force us to adapt to another person’s needs and perspectives. So they gathered data from a group of people in Finland over a period of more than two decades. At the end of the study, in 1998, 1432 of the participants aged 65 to 75 were evaluated for signs of cognitive impairment. From this group 139 people were diagnosed with cognitive impairment, and 53 with Alzheimer’s disease. People who were not living with a spouse or partner were as twice as likely to have some level of cognitive impairment. Perhaps this points to the effect of combining psychological trauma with a lack of social and intellectual stimulation.

4. Napping ( + 1 IQ points) – Staying at hte top of your mental game during a long working day can be tough going. The good news is that taking a brief nap can make a world of difference to your cognitive abilities. An Australian research team studied the impact of a 10-minute nap on the alertness and cognitive function of 16 healthy volunteers. They found that a brief kip left to participants noticeably more alert and better able to perform tests of their mental functions. The same research team found that the benefits of a 10-minute nap seemed to outstrip improvements after a 30-minute nap. The trick to successful napping seems to be ensuring you get enough sleep to rejuvenate yourself , without entering deep sleep that leaves you groggy afterwards. 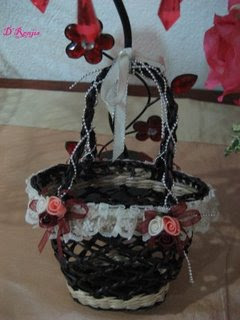 5. Crafts ( + 1 IQ points) – Crafts such as pottery and quilting have joined the list of activities that can help reduce your risk of memory loss in old age. Scientist from Mayo Clinic in Minnesota studied 197 people aged 70 to 89 who either had signs of mild cognitive impairment or who had been diagnosed with memory loss. They compared them with 1124 people in the same age bracket who had no signs of memory problems. Both groups are asked to describe their daily activities within the past year and in middle age, when they were between 50 and 65 years old. During their later years, those who had done craft activities such as pottery or quilting, or other mentally stimulating activities, had a 30 to 50 per cent lower risk of developing memory loss than people who did not do those activities.
Posted by Rizal Abu Bakar at 1:58 PM