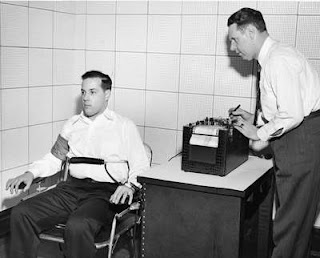 Every time when scientists discover a scientific fact or invent an apparatus, we find that Qur’an has already precisely spoken about it. How wouldn’t it be so, and it is the Book of miracles and facts…

Scientists are trying to invent apparatus to discover lie when speaking since more than hundred years. Nevertheless, all these attempts failed because they did not know lie mechanism. They tried all kinds of tests on man to find out the apparatus that can detect lie, thus, they use it when enquiring with criminals.

Many experiences have been done in this context. At last, they could discover the best three manners to detect lie, visual, auditory and magnetic methods.

You may be astonished dear reader, if you know that Qur’an has already obviously spoken about these three methods!

Some researchers have noticed some facial changes when speaking. Thus, they experienced it by photographing a man telling truth, and just in the lying moment, specific features appear on his face, which are different from those appearing in the truth state. But, these features are very rapid that human being eye cannot see. They used rapid photography to conceive these changes, and then, they showed it slowly and noticed the face features obviously changing when lying.

However, some scientists bent over human sound! They recorded the sound of a person saying truth, and just at the moment of lying the sound vibrations change, i.e. the recorded sound waves have two forms: (i) truth state, (ii) lying state, with an evident difference.

They confirm that everyone has his own voice print and eye print, and Glorified be Allah, when lying, the eye, the voice and the body express the person. However, and due to these changes speed, we cannot clearly observe them, and often cannot see at all. Whereas, the invented apparatus can clearly show these changes.

A team of scientists tried to enter in the human brain to know what happens when a person lies. To do so, they used the Functional Magnetic Resonance Imaging (FMRI) apparatus, an apparatus that works by magnetic waves and can detect the brain activation.

Scientists have done many experiences and found out then, that the frontal region of the brain is more strongly activated when the person lies. So, they detected lie by this apparatus and imaging the cerebral activity in this region.


Scientists tried since tens of years to invent lying detectors, but they remained less effective, so they are constantly looking for new means to detect lying.


The polygraph is an instrument to measure heart rate(pulse), perspiration (sweating), breathing rate and blood pressure. Scientists noticed that these rates change while lying. But this instrument is not accurate, because a professional liar can beat these changes.

Polygraph traditional experience to detect lie. This apparatus has enormously progressed; however, its effectiveness hasn’t reached the wanted level of accuracy yet. Because, man can be trained to lie and beat these changes. Hence, this instrument is no longer accurate. But, scientists say it is more effective detecting fear than lie.

Lie detectors instruments detect many changes in a person body while lying. These changes can be reflected on the face, the voice and the eyes. These results are to be recorded by the traditional lie detector. Lie detectors are instruments that monitor a person's physiological reactions; heart rate, blood pressure, activity, etc., and shows it in the computer screen. These instruments are so available for their cheap price and easy use.

A new voice analysis lie detector. Scientists passed more than hundred years experiencing to discover this new method. A slit voice change has been confirmed at the moment of lying, this is to say that Allah the Almighty put in each person liar indicator. Glorified be Allah, despite of all these wonderful facts, some say that man has been created and done all this system thanks to the nature!

These instruments record the voice and then, analyze it and look for the parts where the person made en effort, i.e. there is s lit change of voice that appears in this program just at the moment of lying. The Qur’an has already told us about this, saying : ‘’ and indeed you would definitely know them by the distortion in their saying’’ 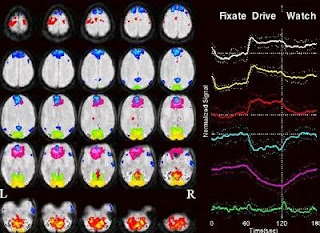 Functional Magnetic Resonance Imaging (FMRI) apparatus has shown some fundamental regions in the brain that become activated at the moment of lying. These regions are the prefrontal, the frontal and the under cervical zone, that Qur’an called forelock, and told us that this forelock is the centre of lie and sin, a fact that scientists have recently discovered.

Let’s consider now the holy Qur’an to discover that the basis of the invention of these apparatus has been mentioned in. This is one from this Book miracles, because the west scientists confirm that no one knew about all what they are discovering today, so where did this come from in the holy Qur’an ? This proves that the Revealer of this Qur’an knows the secret and what is hidden, He said ‘’Surely for Allah nothing (whatever) in the earth or in the heaven is concealed.’’ ‍(5 :Surat Al Imran (The House of Imran))

Allah (Glorified be Allah) says in a great verse speaking to His Messenger the Prophet Mohamed (All Prayers and Peace of Allah be upon him): ‘’ And if We had (so) decided, We would indeed have shown them to you. Then you would indeed recognize them by their marks, and indeed you would definitely know them by the distortion in their saying, and Allah knows your deeds. ‘’(30 :Surat Muhammad)

This verse speaks about those hypocrites, those liars. It tells the Prophet they are liars and Allah is able to unveil their lie and their hate to the Prophet and the believers. Let’s see together how did the verse express lie detection among those liars in two ways:

1. Allah the Almighty Says : ‘’ And if We had (so) decided, We would indeed have shown them to you. Then you would indeed recognize them by their marks’’, that is to say that Allah the Almighty, if he decides, capable to show His Messenger those liars through their facial marks. This obviously indicates lie detecting way through the face. This verse confirms that it is possible to detect lie trough facial marks, a method that scientists are today using by their instruments.

3. As far as the third method is concerned, scientists confirmed that the frontal region of the brain becomes activated while lying. This fact has been indicated in the Holy Qur’an, when Allah described the forelock saying: ‘’A lying, sinful forelock’’(16: Surat Al-Alaq (the Clot)).

Therefore, Allah described the human forelock, or the frontal part of the head, by lie, a fact that scientists confirm today through their instruments.

Therefore, the eyes can betray the others, hence, Allah (Glorified be Him) told us that He knows the treacherous of the eyes. The eye can hide rapid actions that cannot be visible, but not from Allah. He decided the invention of these instruments by man to be a proof that His word is true. Allah’s knowledge is bigger than the man one! Allah said about Himself :‘’He knows the treacherous (look) of the eyes and whatever the breasts conceal.’’ (19:Ghafir).

How to answer to those who deny this miracle:

Some doubtful persons pretend that the forelock region or the frontal part of the brain has no relation with lying. Whereas others are pretending that the sin region is different from the lie one. So, I considered worthy to expose the experience results done by researchers at the Pennsylvania university on 18 students. The results are as follow:

When the students lied, the areas of the brain that play a role in paying attention and controlling error were much more active than when the students told the truth. The brain sections include the anterior cingulate gyrus, located deep in the brain towards the top of the head, and parts of the prefrontal and premotor cortexes, both located in the very front of the brain.

Let’s see, dear readers, how do they interpret their experience that the sin responsible region is the same region activated when lying, which is at the top, the frontal part in the brain nearest point to the front. This very part is called forelock in the Qur’an, and described by two words: lie and sin : ‘’A lying, sinful forelock’’. Are there more expressive words than Allah’s words describing this region mission?

Through west scientists’ words, I can see an explanation to what has been mentioned in the Qur’an. There, the forelock is described by sin and lie. After précised experiences, scientists say that the frontal top region in the brain near the head or the front, is the region responsible for sin operation, and is the same one controlling lie. This is to say that man forelock (non believer person of course) is lying and sinful forelock!!

Whereas the forelock of a believer is clean and becomes activated only towards Allah, as the prophets used to do. The Prophet says imploring Allah: ‘’my forelock is between Your hands’’, and the prophet Hûd says: ‘’ Surely I have put my trust in Allah, (Literally: I entrust “my self” to Allah) my Lord and your Lord; in no way is there any beast whatever except that He is taking it by the forelock. Surely my Lord is on a straight Path.’’ (56:Hûd)

So dears, you have to maintain this region and avoid lying. Man can betray a man, but can never do so with the Creator of man, Glorified be Allah.

Finally, it is clear that the Qur’an enumerated all small and great things, as everyday we witness new reality proving what did the Prophet (Peace Be Upon Him) say about this Book: ((this Book) with unlimited miracles) (reported by At-Tarmidhi). Allah’s words secrets remain unlimited according to what Allah says:’’ And if whatever tree (s) in the earth were pens, and the sea (and) seven more seas even after it (were) to replenish it, (yet) in no way would the Words of Allah be depleted. Surely Allah is Ever-Mighty, Ever-Wise.’’ (27: Luqman).

10. Can fMRI Really Tell If You're Lying?, http://www.sciam.com/article.cfm?id=new-lie-detector