Dua or Supplication to alleviate Grief, Distress and Anxiety 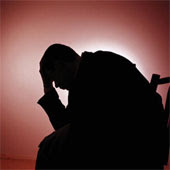 This hadith is reported by Imam Ahmad contains amazing benefits. Benefits that are important to each and every one of us because there is not one of us except he will be met with trials and tribulations and this is a test from Allah سبحان وتعلى, to distinguish between those who are truthful and those who are faking. Allah عزّ وجل He said in the Noble Qur’aan in Surathul Baqarah verse 155,
وَلَنَبْلُوَنَّكُمْ بِشَيْءٍ مِّنَ الْخَوْفِ وَالْجُوعِ وَنَقْصٍ مِّنَ الأَمْوَالِ وَالأنفُسِ وَالثَّمَرَاتِ وَبَشِّرِ الصَّابِرِينَ
Certainly we shall test you with fear, hunger, loss of wealth, life and fruits but give glad tidings to the patient”

Imam Sa’adi رحمح الله تعلى mentions in his explanation of the Qur’aan ‘Taysir al Kareem ar Rahman’ explaining this verse, he said, (Arabic) “Allah the Most High informs us that He would definitely test His servants. (Arabic) So, the one who is truthful can be distinguished from the one who is faking and is a liar.” So, the one who is annoyed and irrational can be recognized from the one who is patient. And this is the Sunnah of Allah عزّ وجل. So from this verse we benefit that each and every one of us will meet a test. Depending upon our reaction, then this will show whether we are from those people who are patient or from those people who are irrational and impatient.

With regards to this hadith then I will use some of the words of the people of knowledge to explain it. Ibnul Qayyim رحمح الله تعلى firstly and foremostly, and some of the other scholars from amongst the people of knowledge. In this life as Shaykh Abdur Razak he mentions the slave is tried with a variety of painful experiences. These painful experiences they affect the heart, causing it to become restless and they cause pain to the soul. Also it may be disturbing and stressful, what you have suffered and experienced.

And there is no way to remove these three things from the heart unless we truly return back to Allah عزّ وجل and humble ourselves before Allah. Surrendering to Allah عزّ وجل and accepting His command and believing in His pre-decree. And knowing His Names and Attributes and believing in His Book. And reading the Qur’aan and contemplating upon it and acting upon it. This is the only way that you can remove sadness, worry and anxiety from the qalb (heart).

And I say to you that this supplication, dua is not something only meant to be said upon the tongue. Many people they make d'ua or they mention various adkhar and it is just a movement of the tongue. There is no feeling in the heart. And that is why Ibnul Qayyim رحمح الله تعلى mentioned in his book ‘al Fawaid’ (Arabic) the most superior remembrance and the most beneficial form of remembrance is that which is found in the heart and it is spoken upon the tongue. And the one who is mentioning Allah the one who is supplicating to Allah, invoking Allah he should understand the meaning of what they are saying and the intent behind it.

Many people make dua, many people make dhikr but they don’t understand what they are saying and they don’t understand the core messages behind it. So therefore they may not achieve what they expected to achieve due to the deficiency in themselves.
Further, when we make dua to Allah عزّ وجل, we have to supplicate to Allah سبحان وتعلى with love, fear and hope
What is the proof? Allah عزّ وجل, He said in the Qur’aan,
أُولَئِكَ الَّذِينَ يَدْعُونَ يَبْتَغُونَ إِلَى رَبِّهِمُ الْوَسِيلَةَ أَيُّهُمْ أَقْرَبُ وَيَرْجُونَ رَحْمَتَهُ وَيَخَافُونَ عَذَابَهُ

And Ibnul Qayyim mentioned “Some people suffered from anxiety or stress and they think the answer is to do something haram or something that they used to do in the past, because Shaytaan is whispering them to commit such behaviours. Ibnul Qayyim further added that, “If the anxiety, worry and stress are removed by using means other than the Qur’an for instance if you are sick and you regain health then the anxiety, stress and worry will return back.” However if the Qur’an is the spring of your heart then it will banish those things forever as long as that belief is in your heart. Ibnul Qayyim رحمح الله تعلى added, “Whoever is not cured by the Qur’an then Allah سبحان وتعلى will not cure that individual, who ever is not happy with the Qur’an (in terms that they believe it to be sufficient) Allah سبحان وتعلى will make nothing sufficient for them.”
Posted by Rizal Abu Bakar at 9:42 PM

Thankyou for the sincere and wise words. May Allah swt guide us all to the straight path and make our hearts pure from all evil. :)