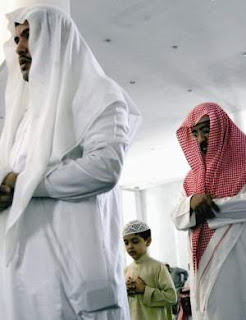 The Quran contains many verses that tell us the important of prayer or Solah. Why does the Quran stresses upon Solah? Since the mid-1990s, a series of studies has explored the association between self-reported frequency of prayer and psychological health. Results interpreted as indicative of better levels of psychological health. This consensus is supported by data from the UK reported by Francis and Wilcox (1994) among two hundred and thirty 16- to 18-year-old female school pupils, by Francis and Wilcox (1996) among two hundred and thirty-six 16- to 19-year-old female A-level students, by Smith (1996) among one hundred and ninety-one 11- to 15-year-old school pupils, by Francis and Bolger (1997) among 50 retired members of an ex-civil servants association, by Francis (1997) among three samples of 378, 458, and 292 undergraduates, by Francis and Johnson (1999) among 311 primary school teachers, and by Fearn, Booker, and Francis (2001) among 157 adult artists. This consensus is also supported by data from the USA reported by Maltby (1995) among 92 female university students, by Lewis and Maltby (1996) among 100 male undergraduates, and by Maltby, Talley, Cooper, and Leslie (1995) among 324 adults, by data from France by Lewis (2000) among 462 female university students, by data from Australia by Kaldor, Francis, and Fisher (2002) among 1033 adults, and by data from Norway by Lewis, Francis, and Enger (2004) among 479 school pupils.

According to these researchers, individuals who pray are, consciously or unconsciously, acknowledging and relating to a transcendence beyond themselves. Acknowledging such a transcendence and relating to that transcendence through prayer places the whole of life into a wider context of meaning and purpose. Furthermore, the practice of prayer implies both a cognitive and an affective component. The cognitive component assumes at least the possibility, if not the certainty, of a transcendent power. Such a belief system is likely to support a purposive view of the nature of the universe. Living in a universe which itself has meaning and purpose is likely to lend a sense of meaning and purpose to the individual who is part of that universe. The affective component assumes at least the possibility, if not the certainty, of that transcendent power being aware of and taking an interest in the individual engaged in prayer. The affective component supports the relational potential of a personal rather than an impersonal transcendent power. Living in relationship to such a personal transcendence is likely to support a sense of value and purpose for the individual.

What draws my attention to all these studies are that people who participated in all these studies are limited to those who frequented their religious premises only once a week regardless whether they’re muslims or not. In Islam, muslims are obliged to pray a mandatory five times daily prayers. Imagine the amount of benefits muslims would be able to bag once they dutifully perform their daily prayers. But why muslims abscond from praying?

The other benefits of prayer are that when a muslim keep the prayers on time, he/she therefore help the biological clock in the cells of the body to work efficiently in an amazing stability, and therefore the immune system will grow, and equips the body with ability to resist various diseases from forming. In other words, prayer is a useful tool for human being in maintaining their “factory default” psychologically and physically. Wallahu a’lam.
Posted by Rizal Abu Bakar at 10:23 PM