The Benefit of Zuhr Prayer on body composition 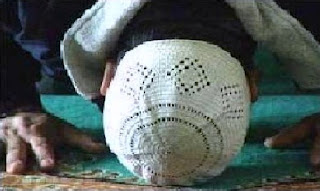 Muslims are required to perform five obligatory solahs a day. Solah calls for many body movements and postures such as standing, bowing, prostration and sitting. Since the movements have to follow a repeated and sequential etiquette, the prayers can be likened to a form of light exercise. A number of research have been carried out to determine the benefits of exercise on body composition. In a study conducted by Slentz and friends in 2004, they maintained that body composition is an important indicator of one's level of fitness. Light exercise according to them burns body fat while heavy exercise burns carbohydrates. In addition, exercise moderately will burn fat and promote oxidization. Scientist agree that the benefits of exercise can be gained if the exercise is carried out regularly. The question rise now is whether praying constitute benefits?

To answer this question, a group of researcher from Malaya University (Malaysia) conducted a series of research to highlight the benefits of solah. With respect to this study, they examined the body composition of people performing the zuhr prayer in congregation. The zuhr prayer is performed in the afternoon and consists of four rakaahs. A total of 47 participants took part in the study. For this study, they set a set of etiquette (which contains five condition) must be fulfilled by the participants. The conditions are as follows:
1.An individual's adherence to the full five solahs
2.An individual's understanding of the solah verses: whether these verses are understood fully, moderately well or with minimal understanding
3.Congregational and non-congregational solah: whether the individual performs the solah individually or in a congregation
4.Back posture during bowing: whether the back is bent at 90-degree angle or otherwise
5.Position of the toes: whether toes are bent or otherwise during prostration and when sitting between prostrations and during the final salutation (sitting during tahiyah)

In their study, the body composition was measured based on whether worshippers carry out all five or less of these conditions. The results of the study showed that individuals who fulfill all the conditions of a properly executed solah have a better body composition than those who did not fulfill these five conditions or practices well. Participants who performed five or four of these conditions were found to have archieved a higher body composition. They also reported of having a higher phase angle (PA) which indicates a large quantities of intact cell membranes and body cell mass (BCM). A higher phase angle (PA) means that the internal organs are functioning efficiently and have a high immune system. A low phase angle (PA) indicates of cell breakdown in selective permeability of cell membrane which may lead to the failure of the internal organs in functioning effectively. Obviously, the benefits of zuhr prayer (performed with specific conditions as ordained) will result in a healthy and active body. Partipants who fulfilled all five or four of these conditions achieved an optimum level of health and are much healthier than participants who only fulfill three or less of the conditions.
Source: Salat: Benefit from science perspective (2008)
Posted by Rizal Abu Bakar at 6:59 PM

JAK, thanks for sharing this wonderful study. Marvellous and amazing! It is no doubt in mankind's benefit to try their best to follow The Creator's guidance; the One True God - Allah.